The sun is shining. Shorts have come out of the closet. Summer must be here! But what should you do on your weekends and during your vacation? We’ve compiled a list of exciting adventures, that are off the beaten path, for you to embark on no matter which Sandman location you are at.

Take a behind-the-scenes tour of the Vancouver Aquarium. Learn all about the sea lions and sea otters from staff, prepare some of their favourite treats, and get up close to the animals while working alongside their trainers.

Did you know that Canada has its own version of the Loch Ness monster? There have been plenty of sightings of Ogopogo, a snakelike creature said to be anywhere from six to 20 metres long, in Okanagan Lake in the B.C. Interior. Sightings have been reported throughout the length of the lake but the monster appears to favour an area just south of Kelowna in waters near Peachland. Try your luck.

Paddle into the setting sun

Victoria is almost completely surrounded by water and its location on Vancouver Island’s southern tip creates several great paddling locations. To the southwest is the Juan de Fuca Strait, which opens to the Pacific Ocean and is home to boat-access only Discovery Island Marine Provincial Park. To the southeast, Haro Strait leads to dozens of small islands and islets. Victoria’s Inner Harbour and the adjacent Gorge Waterway allow kayakers to begin saltwater adventures directly from downtown.

Embark on a fossil safari 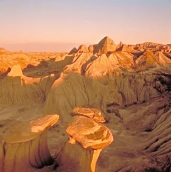 Dino teeth and bones are literally lying around Dinosaur Provincial Park north of Brooks, in the southeast of the province. Explore the badlands or participate in a fully authentic dinosaur dig and be amazed by the abundant fossils, unusual wildlife, and stunning landscapes of this UNESCO World Heritage Site.

Peer at the petroglyphs

Bask in the spray of North America’s largest manmade waterfall

One of Edmonton’s most recognizable landmarks is the High Level Bridge, which carries 109 Street across the river near the Legislature building. It was built in 1913 for the Canadian Pacific Railway, but now is a beautiful drive from downtown to Old Strathcona. Every long weekend during the summer (Canada Day, Heritage Day, and Labour Day), the City turns on the waterfall. At 210 feet (64 metres) high, Edmonton’s Great Divide Waterfall is higher than Niagara Falls, and pumps out 50,000 litres of water a minute.

Get big air as you soar from the top of Canada Olympic Park’s ski jump tower on North America’s fastest zipline! Riders fly down the unique cable system in a comfortable harness, reaching speeds between 120 and 140 km/h. As Calgary’s highest vantage point, the ski jump tower provides a zipline that is 500 metres long with a vertical drop of more than 100 metres.

Shaped like a prairie snowdrift, the new RCMP Heritage Centre in Regina celebrates all things Mountie. There’s an interactive forensics display for budding CSIs, an array of transport from dogsleds to planes, and tales of life on the frontier, when the RCMP befriended Sitting Bull, tamed Klondike prospectors, and organized manhunts.

Sleepy Moose Jaw earned the moniker “Little Chicago” in the 1920s, when American gangsters rode the rails north to beat the heat of Prohibition. Tour the underground tunnels — complete with animatronics — where Al Capone’s mob ran their bootleg operation. 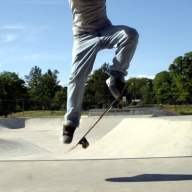 The skateboard park at the Plaza in Winnipeg’s vibrant Forks neighbourhood is distinctly gnarly. Covering an area of more than 44,000 square feet, it boasts a 30,000-square-foot plaza and 8,500-square-foot bowl complex with a 17-foot cradle.

Got a reptile-crazy kid? Tens of thousands of red-sided garter snakes congregate in a writhing, wriggling (procreating) mass for several weeks at the snake dens of Narcisse, about two hours north of Winnipeg.

Good bets include the Panorama (on the 51st floor of the Manulife Centre); Canoe (atop the TD Tower), and the Roof Lounge on the 18th floor of the Park Hyatt.

Parade with the swans

Heralded by horns and trumpets and led by children and pipers, at 2 p.m. Stratford’s famous swans waddle from their winter quarters to the Avon River, ushering in the arrival of spring. Other special events: concerts and tours of the Stratford Shakespeare Festival’s costume warehouse.

Walk in the clouds

Haliburton Forest and Wildlife Reserve’s suspended walkway through the canopy of a 200-year-old pine forest feels a bit like an ectomorphic trampoline. Take in breathtaking views and, if you’re really lucky, catch a glimpse of wolves, foxes, and moose.

Eat and drink a la Mordecai

Follow in the footsteps of the Bard of Montreal: Mordecai Richler. Down a medium-fat smoked-meat sandwich at Schwartz’s (3895 St-Laurent Boulevard), a chewy-sweet sesame bagel at St-Viateur Bagel (253 St-Viateur W.), veal marrow hors d’oeuvre at French bistro L’Express (3927 St-Denis), and a rib steak at Moishe’s (3961 St-Laurent). Chase with a nice single malt.

Rev up your paddleboat and head off along the 6.5 km of canals that wind through the marshland near Wakefield. You will be equipped with a compass, radio, and field guide (to help you identify resident plants and creatures).

Filled with 5,000 or so rose bushes, over 100,000 annuals as well as perennials, and weeping willow trees, the Jardin des Floralies is 25 acres of horticultural history and one of two major Montreal gardens. Originally created by some of the world’s best landscape artists who participated in the 1980 International Floralies fair, the gardens became a permanent city fixture and are now maintained by Parc Jean-Drapeau.