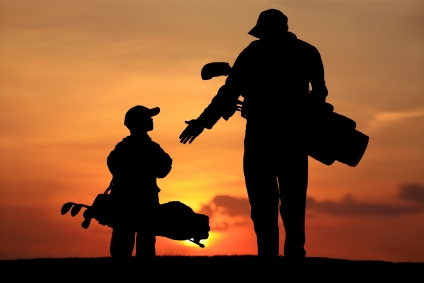 What does it mean to be a dad?

Most fathers would probably cite the same qualities — and employ much of the same language — if asked that very question. Most would say a dad provides. A dad protects. He tries to teach, often by example, if only because so many fathers still embrace the “strong, silent” stereotype, and so many dads find that showing rather than telling can frequently be a more eloquent method for imparting a lesson.

In fact, of all the familial “hoods” — motherhood, childhood, fatherhood — the latter has probably changed less, in fundamental ways, than the others over the last several generations. Motherhood is largely unrecognizable (in many positive ways) from the institution of, say, the 1950s, while childhood sometimes seems to be redefined with each new alarmist magazine cover: Our kids are too lazy! Our kids are too busy! Our kids are too coddled! Our kids are too stressed!

But fatherhood? For the most part, today’s dads are still good-natured. Much as their fathers and their fathers’ fathers did before them, maybe a little more “enlightened,” more “sensitive,” more “attuned” than their old men, but generally working on the same basic principles: Raise good kids. Don’t spoil them. Help them stand up. And, every once in a while, let them fall down. Love them, guide them — and then, as painful as it’s going to be — let them go.

From all of us at Sandman, to Bob Gaglardi, founder of our company, and every dad out there, Happy Father’s Day.